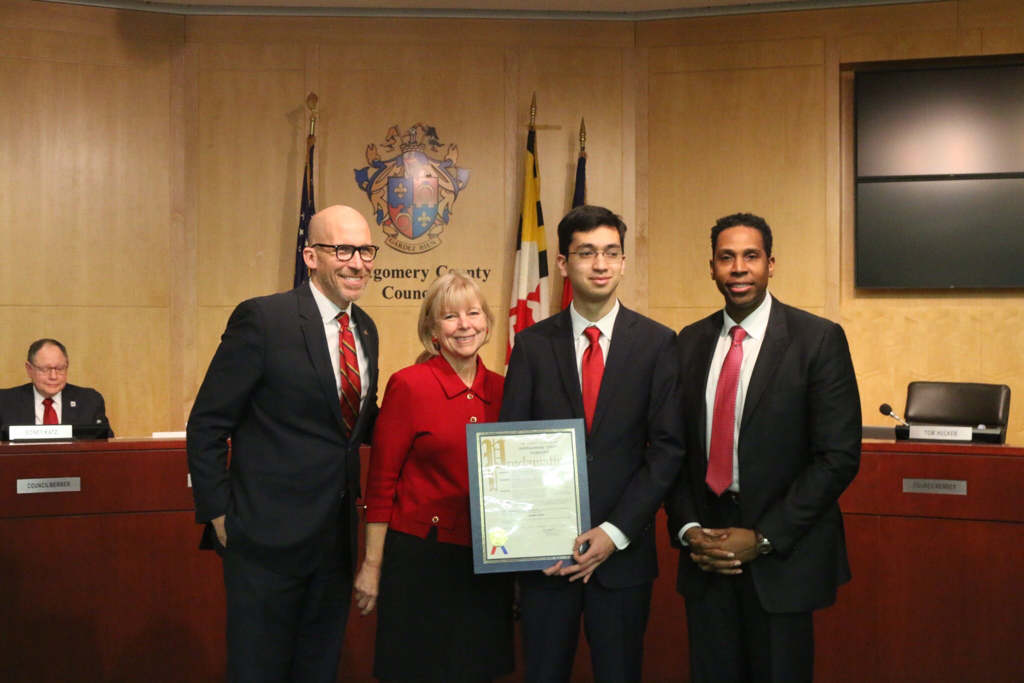 Andrew Komo receives a proclamation from Councilmembers, courtesy of the Montgomery Council.
Andrew Komo, a student at Montgomery Blair in Silver Spring, won a $100,000 scholarship this past December. He competed in, and won, the 2017 Siemens Competition in Match, Science, and Technology.

To honor him, the Montgomery County Council gave him a proclamation to recognize his extraordinary achievement. Councilmembers Tom Hucker, Nancy Floreen, and Craig Rice are pictured with Andrew as he receives his award. Andrew decided to have some fun and formed a circle with his fingers as he holds the award. When I asked him if this was done on purpose he replied with “the finger placement was intentional 😊.” More on that in a bit.

Andrew’s winning project was about designing a protocol to secure long, complex auctions that take place online. This provides security from malicious third parties and also prevents bidders from cheating auctioneer and vice versa. This field of study is known as cryptographic auctions.

He began working on his project last February, worked on it full-time over the summer, and continued working on it into the fall before winning the scholarship in December. He is still working on the project.

Andrew didn’t expect to win. He was surprised when his name was called and he was announced as the winner of the scholarship. He’s still undecided about where he wants to go to college and what he wants to do for a living, but he’s leaning towards pursuing a degree in computer science and/or economics.

Back to the finger placement. The Circle Game is something that has been played in Montgomery County (and many other places, I’m sure) for decades. ‪It’s a game of peripheral vision, trickery, and motor skills. ‬The goal is to trick another person into looking at your hand as you make the “perfect” hand signal (👌🏼). ‬I didn’t know the name for this game until I did some research earlier today.

The rules vary depending on where and who you play with, but they usually consist of having to place your hand below the waist and getting someone to look at it, which Andrew was successful in doing.

Andrew told me he initially planned on doing this during his Siemens photos, but forgot to because he was shocked that he won. He says that this was him making up for that one and that his only worry was that the photographer would notice and tell him to stop.

The photographer didn’t notice and Andrew has pulled off one of the most successful Circle Game victories in MoCo history.

Congratulations to Andrew on winning the scholarship with his hard work. 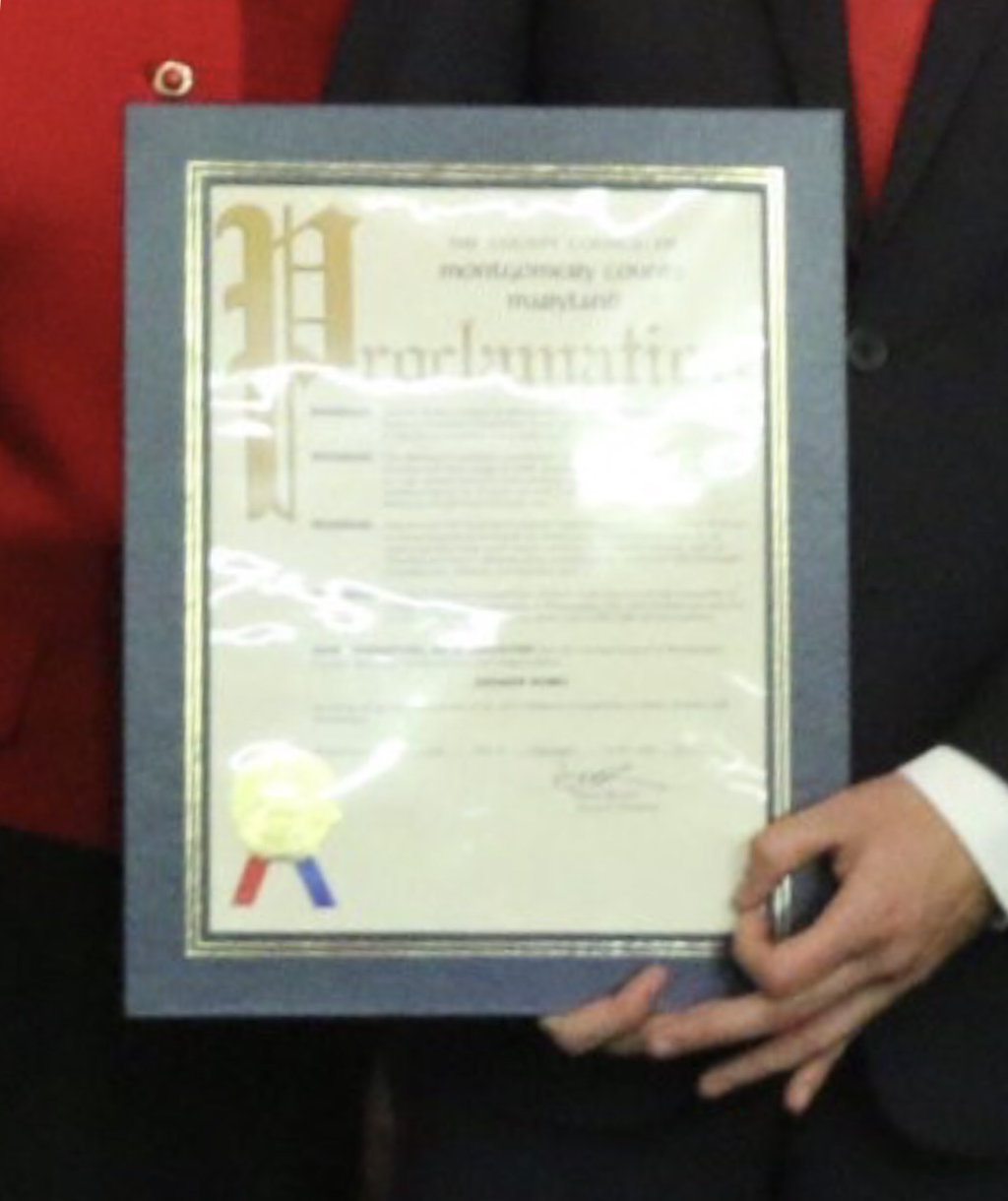