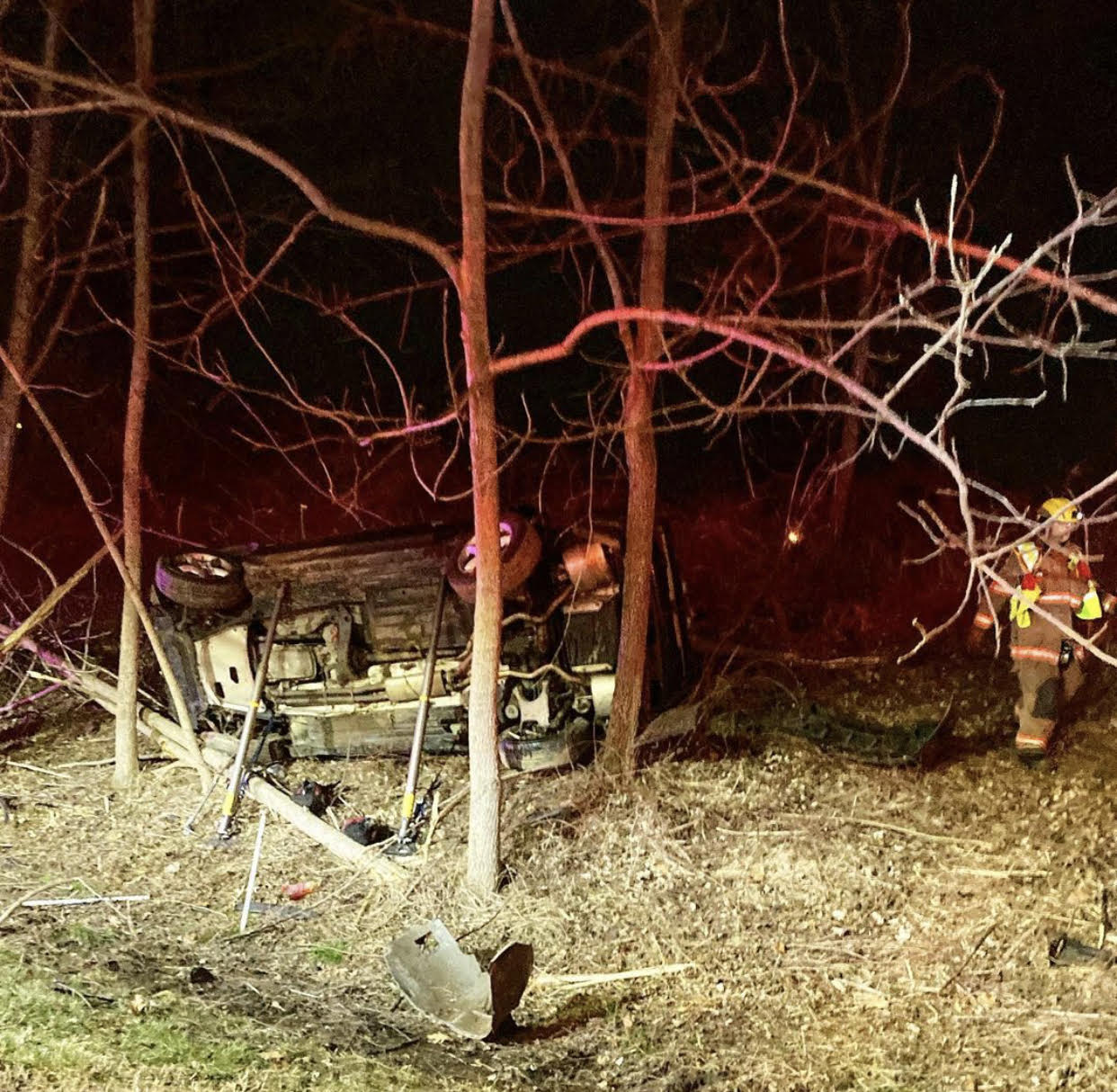 Around 12:30AM Wednesday, a Maryland State Police Rockville Barrack Trooper was on patrol when he spotted a vehicle that had ran into trees and crashed on the ramp from Southbound I-270 to MD-355. The Trooper then discovered that the driver of the vehicle had been ejected and seriously hurt during the crash.

Firefighters and Paramedics then arrived and began to treat the driver’s injuries and stabilize the crashed vehicle which came to rest on its side. The driver was then transported to the hospital for further evaluation and treatment.

A Maryland State Police crash reconstructionist responded from the MSP’s Frederick Barrack to the scene to document the crash scene. The ramp from Southbound I-270 to MD-355 was closed for several hours early Wednesday morning.

MoCo Holiday Task Force Results in 262 Arrests for Driving Under the Influence of Alcohol and/or Drugs; No DUI-Related Fatal Collisions Occurred During Eight-Week Period

Germantown Crash Leaves SUV Overturned on its Side

Be the first to comment on "Driver Ejected, Seriously Injured in I-270 Crash"