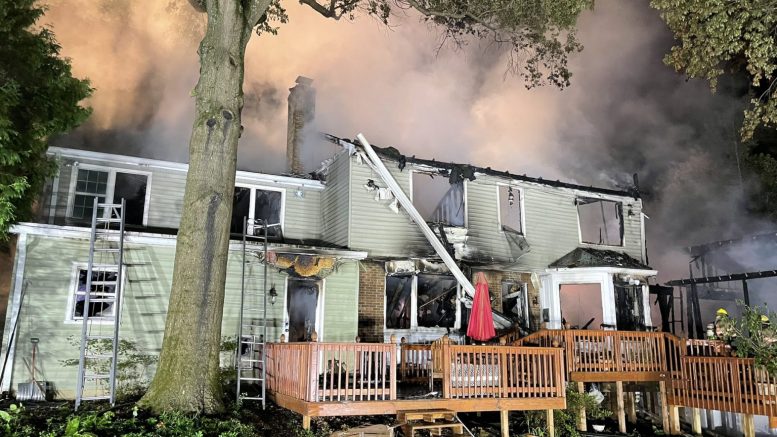 Fire Investigators along with investigators from a private insurance company recently excavated the area on Granby Court in Derwood where a fire at a single family home destroyed a home last month while the occupants of the home were out of town.

The investigators were able to recover evidence from the scene and determine that the fire resulted from a lightning strike, causing approximately $1 million in damages.

Approximately 85 firefighters were on the scene to help contain and extinguish the fire.

The fire occurred at a single family home on Granby Court in Derwood in a non-hydrant area. The occupants of the home are out of town, and 911 was called by a neighbor who reported seeing flames coming from the roof of the home.

Firefighters encountered heavy fire conditions upon arrival and several large capacity water tankers were required, in addition to water relay using large diameter hoses, to get water to the home from the water-fill area on Muncaster Road.

There were no injuries reported and the fire was completely extinguished by by approximately 4:30am.

The cause of the fire remains undetermined, but the family (currently out of town) will be displaced and the damage is valued at approximately $1 million. The fire caused the collapse of the roof and upper floor, as well as the partial collapse of several first floor walls.