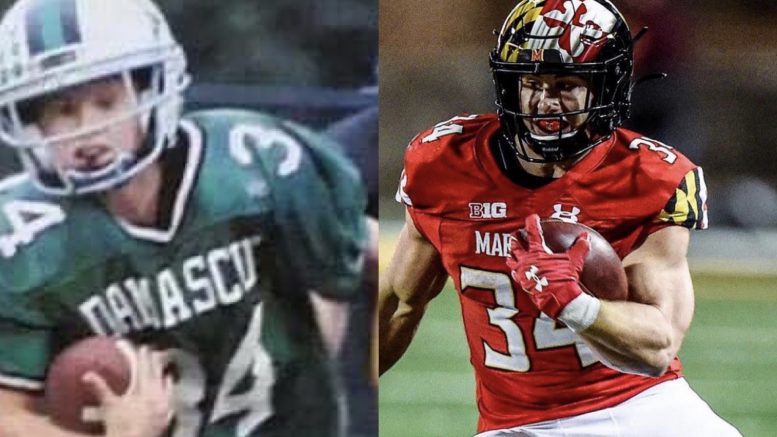 Jake Funk broke the Maryland state record for career touchdowns when he was a student at Damascus. Now he’ll have the opportunity to break records in the NFL after being drafted by the Rams with the 5th pick of the 7th round.

His college career didn’t start out the way he hoped, as he spent his first two years seeing limited action and his next two seasons ended early due to injury after he tore the same ACL in back to back seasons.

As a fifth-year Senior last year, he prepared for the season by spending five days a week rehabbing with his brother, Josh Funk– a physical therapist who founded Rehab 2 Perform and has two locations in Montgomery County (Germantown and Bethesda).

Jake had a breakout season in 2020, rushing for over 500 yards in just 5 games due to the shortened season. He also caught 10 passes on the season and had 4 total touchdowns.

We look forward to watching him play on Sundays.

Be the first to comment on "Jake Funk, Damascus Alumnus, Drafted by the Los Angeles Rams"