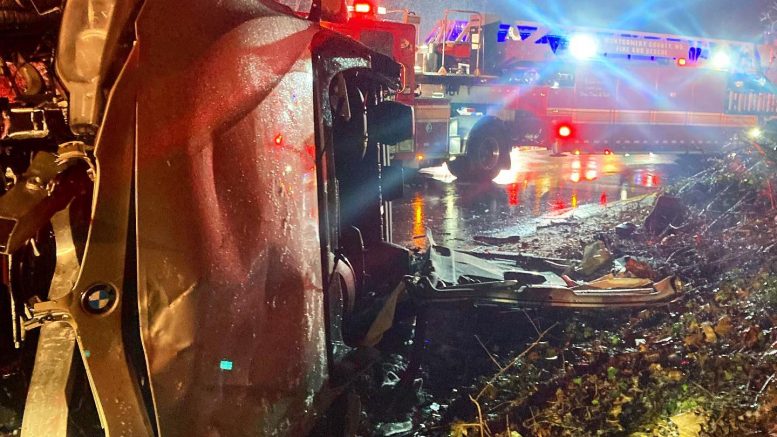 Shortly before 10PM Monday, Montgomery County career and volunteer firefighters responded to an overturned vehicle on the Clara Barton Parkway near the MacArthur Blvd/Glen Echo Turnaround.

Responders arrived and found a vehicle that had crashed and came to rest on its side. Three people were stuck inside the vehicle. Members of the Bethesda-Chevy Chase Rescue Squad and the Cabin John Park Volunteer Fire Department worked together to stabilize the wrecked vehicle that was resting on its side so its occupants could be safely extricated. Luckily, all three occupants only had minor injuries. United States Park Police handled the crash report, as the Clara Barton Parkway is a federal Parkway.

The crash occurred on the Clara Barton Parkway, which was recently entirely repaved. Safety improvements such as new pavement markings and all new signs were also installed as part of the project.

Firefighters Stop Using Lights and Sirens on Some Calls

Collision with Rollover on 495, Some Lanes Blocked