This comedian (pictured above in the middle with his mother and siblings), born Anthony Reed in Greenville, Mississippi, was seen by millions weekly when he became an original cast member on Fox’s In Living Color. At just 18 months old, he was abandoned in the trash before being rescued by the woman who became his adoptive mother. His parents changed his name to what he’s known by now when they adopted him. His adoptive parents divorced when he was five years old, and his mother and the children moved to Washington, D.C. before later moving to Montgomery County where he lived in Wheaton, the neighborhood of Rosemary Hills in Silver Spring, and then Takoma Park. He attended Rosemary Hills Elementary School, Sligo Middle School, and Bethesda-Chevy Chase High School (with a short amount of time at Mark Twain in Rockville).

After graduating in 1981, he studied communications and interned at the radio station of the University of the District of Columbia for one semester. While in the area he held jobs across MoCo, including in the kitchen of the Walter Reed National Military Medical Center, cleaning at Roy Rogers, bussing tables at an IHOP in Wheaton, and working in Prince George’s County at the storeroom of Hechinger in Hyattsville.

He started his career as a stand-up comedian in 1986, when a childhood friend convinced him to perform stand-up at The Penthouse strip club in Park View, Washington, D.C. He continued performing in various comedy clubs throughout the D.C. Metro area, Baltimore, and Philadelphia, even opening concerts for Patti LaBelle and Kenny G. He later won an amateur stand-up competition at the Apollo Theater in 1987. Soon afterwards, he moved to North Hollywood, California, where he met Martin Lawrence (former Prince George’s County resident) who lived in his building. He performed at the Comedy Store, where Robert Townsend heard of him and asked him to be the warm-up comic for an HBO special. After performing at Luther Vandross and Anita Baker shows, he appeared on the Arsenio Hall Show, and then landed his breakthrough role as a cast member on In Living Color.

He is Tommy Davidson. 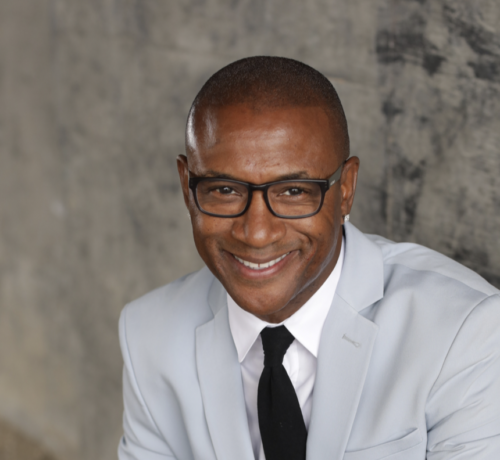