A Winter Weather Advisory remains in effect for MoCo, until 7am in Central and Southeast MoCo and until 10am in Northwest MoCo.

Currently temperatures are hovering around the freezing mark with some freezing drizzle/rain falling, which could make for slick conditions, but as you see in the tweet below from the National Weather Service, temperatures should slowly rise above freezing overnight.

Temperatures are expected to remain steady or slowly rise tonight as low pressure approaches from the west and winds turn more southeasterly. Steadier, heavier rain (freezing rain at higher elevations) is expected to overspread the area later this evening. pic.twitter.com/75yCF4CBMy

By the time the morning commute gets started, most roads should just be wet, but there could still be some slick areas the further north you go.

The most recent map from the NWS is from 5:09pm today and is pretty similar to the maps from the last 24 hours showing very light ice across the board for MoCo. 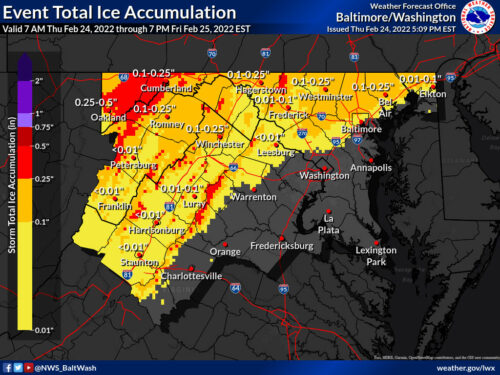 While there’s a chance temperatures stay at or below freezing and things are a lot slicker than expected during the morning commute, right now it doesn’t look very likely. 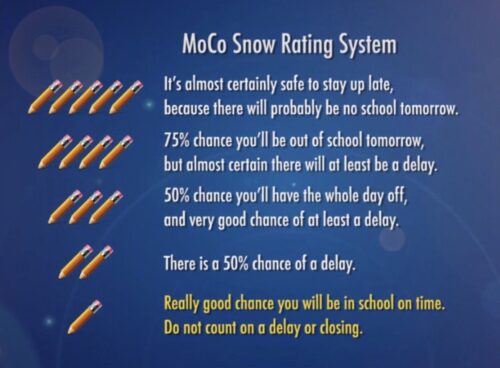