A winter storm warning has been issued for all of MoCo, starting early tomorrow morning (Sunday, 2/7) at 3am and lasting until noon with 3-6 inches of snow expected.

The snow is expected to start between midnight and 3am and drop a few inches relatively quickly before being out of our area by the afternoon. 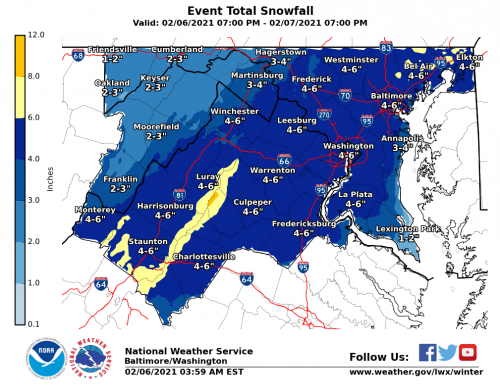 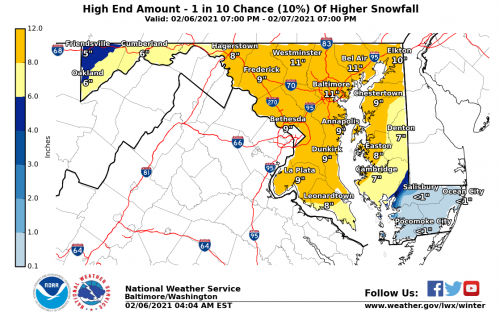 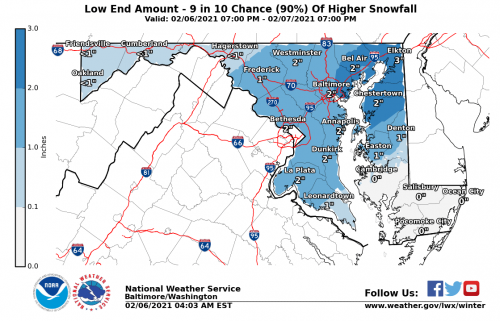 Our snow total will depend on where the heavier band of snow decides to set up. Right now it looks like MoCo could be included, but there’s an equally good chance of it setting up just south of MoCo, which would lead to totals in the lower end of projections.

We’ll have an update for you this afternoon/evening that’ll include the local networks calls for snow amounts.